Day of the Dead celebrations have a long history and are celebrated worldwide. While many people celebrate it as a Halloween celebration, this holiday also has Native American and Roman Catholic roots. This article explores the Aztec tradition, the use of Cempazuchitl flowers, and the Roman Catholic and Native American traditions. You’ll learn about the importance of the tradition, its history, and its different elements. Also, learn about the Cempazuchitl flower, the harvest ritual, and its role in Catholic religious practice. 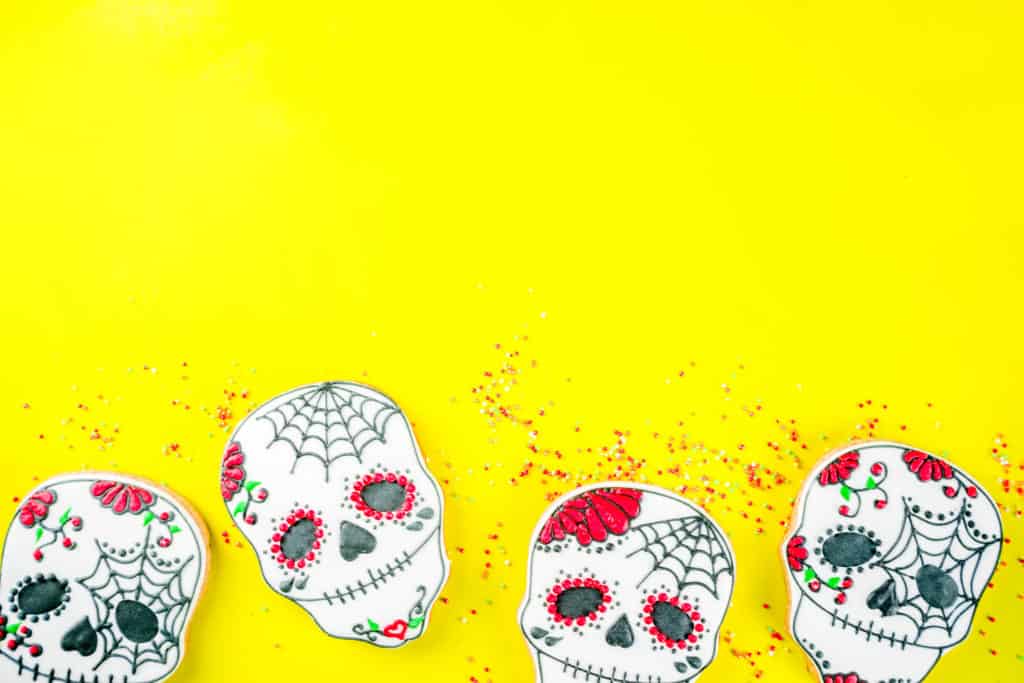 During the Day of the Dead, people place marigolds on the graves of deceased relatives. These flowers are said to attract the souls of the dead and symbolize the fragility of life. The marigold flower is available in autumn, and its strong fragrance carries the message of reflection and death. Marigolds and cempazuchitl flowers are popular flowers for the Day of the Dead, and the marigold is considered a sacred flower by the Aztecs. These flowers were used for ceremonial purposes, but were also used as a form of artistic expression and for medicinal and magical purposes.

“cempasuchil” comes from the Nahuatl word zempohualxochitl, meaning “twenty flowers.” The xochitl refers to the large number of petals on the flower. The flowers are also known as flor de muerto and are a centerpiece of Day of the Dead celebrations. These are the most common floral flowers during the Day of the Dead.

The marigold is also commonly used during the Day of the Dead. It has a variety of uses, including food coloring and dye. It is also believed to be medicinal and can relieve gastrointestinal and respiratory ailments. While the marigold represents peace, the gladioli is associated with remembrance and faithfulness. Its beautiful flowers are used to remember deceased family members and friends. It’s also believed that cempasuchitl flowers can bring the spirits home.

The Aztec calendar has many important festivals associated with the day of the dead, including the Mic-cailhuitontli (the small feast of the dead) and the Hueymiccaihuitl (the three-day party). In the pre-Hispanic period, the fieles difuntos took place throughout the year. The Aztecs believed life continued after death, with different “destinations” for the dead.

The traditions surrounding the Day of the Dead include food offerings. Food offerings may include the deceased’s favorite food, such as chicken mole, tacos, tamales, or calaveritas. In addition to these foods, there may be offerings of amaranth grain, an agave-based corn beverage. Sugar skulls are also used as offerings to the deceased. The day of the dead is a time for families to honor the dead and celebrate life.

The Aztecs believed in a deity, Quetzalcoatl. The Aztec calendar contained eighteen months with twenty-day days and a five-day “unlucky” period. A calendar of twenty-day months was based on 260 days, and the Aztecs tended to align their calendars every 52 years. They believed that the astronomical calendar had an overlapping cycle governed by a god.

The Day of the Dead is a traditional celebration in the Roman Catholic faith. It is a day when Catholics remember their deceased family members and friends and offer prayers for their souls to go to heaven. Unlike the Christmas tree, this holiday is not particularly connected with the Catholic holy day of All Souls, though some aspects may be borrowed from other traditions. Catholics also do not believe that the dead return to life on this day.

The Mexican holiday is celebrated over three days, and preparations begin months in advance. Altars are built in homes, cemeteries, and civic spaces. Friendly skeletons and masks are fashioned from plaster and paper cutouts. In addition, elaborate sugar skulls are made and placed around the grave of the deceased. These elaborate altars are created by artists and are made to honor the memory of their departed loved ones.

For those unfamiliar with the tradition, it is important to remember that it is not a Mexican version of Halloween and that attending Mass is essential to the day. Moreover, people who celebrate Dia de los Muertos must not misunderstand the popular Day of the Dead symbols. If they keep the Catholic faith in mind, the Day of the Dead celebration will be a memorable and spiritual event.

The Native American tradition of the Day of the Dead is rooted in reincarnation and the belief that the spirit of the dead lives on. This belief has led many tribes to conduct specific death rituals to ensure the spirit’s safe journey to the afterlife. Different tribes have different burial methods and leave offerings for the spirit, which may include food, jewellery, tools, weapons, and even slaves.

The Sioux traditionally buried the dead in a tree or on a scaffold, treating it as though it had life. Before the body was placed in the tree or on a scaffold, family members would wrap it in the finest clothing and animal skin. These items would be bundled together, leaving the deceased’s possessions. The family would then keep the body on the scaffold for a year. It is also customary for family members to leave items and clothing with the deceased.

Some tribes of the Southwest believed that the souls of the dead hurt the living. So they celebrated the Day of the Dead by burning down the body’s house and possessions. They also performed rituals to purify the mourning family. The Navajo, for example, would have a ceremony involving a costly ritual called purification. After the ritual, the Navajos would choose family members to mourn. They would bathe the dead person and dress him or her in special clothing. Then they would bury him or her far from the living areas.

Day of The Dead Celebrations Around the World

The Day of the Dead celebrations vary significantly from culture to culture. For example, in Cambodia, the focus is on feeding the dead. In Japan, the Day of the Dead is celebrated in August. People offer offerings in the form of lamps placed in a river. The light from these lamps guides the spirits. Other countries follow a similar practice. The Day of the Dead has a long history and has become integral to many societies.

Day of the Dead celebrations trace their roots to the indigenous peoples of Mexico, including the Aztecs, Maya, P’urhepecha, Nahua, and Totonac. It is a time when families and communities gather to pay tribute to loved ones who have passed away. It is a time of mourning and celebration, and skulls are used as symbols. In addition to skulls, families also prepare traditional foods for their loved ones.

In Mexico, the Day of the Dead is celebrated on 2 November. This holiday is a pre-Hispanic celebration with UNESCO Intangible Cultural Heritage status. The festival is centered around the goddess of death, La Catrina. Jose Guada, a political illustrator, was one of the first to create an iconic image of La Catrina. His depiction became the most popular image of the Day of the Dead.

Early Christian writings confirm the existence of purgatory. The New Testament shows that St. Paul prayed for the dead Onesiphorus. Tertullian, a third-century Christian, was one of the first to mention prayers for the dead in public worship. By the 16th century, the question of purgatory had become a point of contention between Catholics and Protestants. The Council of Trent’s 1563 decree reaffirmed the existence of purgatory and cautioned against superstition.

Many Protestants objected to purgatory because they believed that Jesus Christ had already paid for our sins. This led them to consider the practice of selling indulgences as equivalent to purgatory. The truth, however, is that the term “purgatory” is not explicitly mentioned in scripture. In fact, it is a fictitious concept that resembles a religious black hole.

The Mexican satire of the day of the dead was first created around 1910. It was meant to comment on the unrest in Mexico and the elite’s tendency to adapt Eurocentric customs. The satirical lithograph depicts a skeleton in a European-style hat. The skeleton, known as La Catrina, symbolizes the rich and powerful who aspire to a higher social status.

Jose Guadalupe Posada, an influential political cartoonist, used skeletons to criticize his country’s ruling elite and corrupt government. His illustrations were a satire on death and the oppression of the poor, which he attributed to the Roman Church. His most famous calavera drawing, La Catrina, is one of the most popular calavera images.

Catrina, the mother of all Calaveras, was created by Posada and was originally known as La Calavera Garbancera. The Calavera Garbancera was a term used by native Mexicans to ridicule their culture. The Mexican government interpreted the Calavera as a way to mock the indigenous Mixteco people.

Previous post : How Much Does a Halloween Pumpkin Weigh?
Next post : Looney Tunes’ Witch Hazel Made a Cameo in A Met Life Commercial